A Week in Catalonia on an Erasmus+ KA229 School Exchange Partnership

With Erasmus+ funding your school can partner with other schools from across Europe. In this blog, student Ciara Hosty charts her school's Erasmus+ visit to Olot in Spain for their project 'Culture en Vie, Envie de Culture'. Ciara gives us a sense of the day-to-day activities involved in an Erasmus+ KA229 School Partnership mobility.

Starting out on our Erasmus+ KA229 School Partnership mobility

We got on the bus that morning at the early hour of 7.00am. We were all a bit apprehensive but mostly excited! We arrived at Dublin airport and went through security at ease - luckily we had time for some food and shopping at the airport. By noon we were at the gate and ready for take-off to Spain. Despite a bit of a rocky start and some turbulence we were soon flying smoothly. We arrived at the airport safe and sound, and then got on a bus to Olot. In Olot our host families greeted us and brought us home.

We started off the first full day of our Erasmus+ KA229 School Partnership in the school. Here we had a formal introduction to the mobility. Our hosts also gave us a badge with our name and team. We were tested on our knowledge of the local region in a game of Kahoot. After that we walked to the nearby town hall, where we met the mayor of Olot.

After a visit to the tourist office, we split into our teams from earlier and began a discovery game of the city. We completed different tasks such as taking pictures at a cloister and dancing a traditional Catalonian dance.

We later met up together and began our trek up the nearby volcano of Mont Sacopa. It was a hot day and we were very tired by the time we reached the top for relaxation and a picnic. After a guided tour of the volcano museum we returned to the school for a unique dance and poetry activity.

On day two of our visit we met at the school and boarded our bus for Parc Natural. Here we saw some lava flows and lots of basalt on a guided tour. We ate our packed lunch before walking up to Castellfollit, a historic village on a cliff edge. While up there we visited a biscuit factory and tried some of their lovely biscuits!

Then we drove to the town of Besalu. We visited the famous Milkve bridge and skimmed stones underneath it. After that we traveled by bus to a farm, then some waterfalls and finally a lake. At the lake we saw a special three-eyed insect that is unique to the area. After another tiring day we returned home.

We arrived at the school and boarded our usual bus which was destined for La Fageda. This is a forest that is famous all across Europe. Inside the forest is a farm and a factory where people with special needs work. We were given a guided tour of the farm and the factory where they make ice cream, yoghurt and jam. At the end we were each given one of their lovely yoghurts to try.

After the tour we cycled to Volcà Croscat for a tour. We biked on and stopped at picnic benches to eat our packed lunch, and then cycled to an artist's house. He showed us his studio with many of his paintings of volcanoes. We cycled back to the bike rental centre in Olot, and then walked back to the school where our host families picked us up.

For day four we visited Barcelona. We arrived at a big square filled with pigeons called Plaça de Catalunya. From there we boarded a Hop-on Hop-off bus for a tour of the city. First stop was La Sagrada Familia, a huge church designed by Gaudí. We ate there and walked around before going back on the bus. The next stop was Park Guell, Gaudí's famous and very scenic park. After that was Camp Nou, Barcelona FC's home stadium. We finally took the Hop-on Hop-off bus back to Barcelona city centre. Here we did some shopping and got on the private bus home. That evening all the Irish girls and their Catalonian counterparts went to a friend's house for pizza!

We began our final full day at the school where we split into our teams. Each team worked on a PowerPoint presentation about our week in Catalonia. We then went to the gym where our hosts had prepared an array of typical Catalonian foods. We made sandwiches and had a cake called coca. Afterwards we all went outside and danced a simple traditional Catalonian dance called the Sardana.

We then had free time and all of the Irish people went for lunch together at a nearby pizzeria. Some of the people stayed in town and some went home to get ready for the evening ahead.

At 6.00pm we all arrived in the school and presented our PowerPoints from the morning. The teachers then made a farewell speech and we were all gifted a souvenir of a volcano which was made by the special needs students in the school. We then played a card game in our teams. The game was a business invented by the oldest members of the school which has won many awards.

Finally it was time for the big farewell dinner. We all walked to a nearby restaurant and dined together. This was definitely a highlight of the trip and everyone had great fun. After it we walked to a nearby hall and watched a performance by a human castle group. It was very good and at the end some of the students even joined in! After a very long day, we went home late and finished packing.

Day #6: Farewells and the Journey Home

On the day of our departure we woke up early at 5.00am and were in school an hour later. This was a very sad occasion as we had to say our final goodbyes before travelling on the bus to Barcelona.

We flew home and arrived in Dublin safe and sound. As we travelled back on the bus to Ballyhaunis we stopped off in Kinnegad and had a well needed Supermacs. We drove home on the bus and were all happy to see our homes.

If you'd like to find out more about how your school can benefit from Erasmus+ KA229 School Partnership funding get in touch with Deirdre, Tomás and Ruth in our Schools team below:

We welcome your contributions to 'Insights' at comms@leargas.ie. 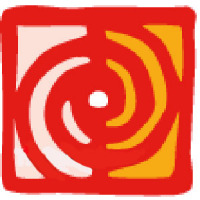